What are the effects of vitamin E deficiency?

The main symptoms for effects of vitamin E deficiency are hemolytic anemia and neurological deficits. 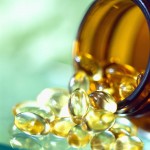 Vitamin E function in the body

Vitamin E seems to have only one function in the body: the prevention of the natural and continual process of deterioration of all body tissues. This deterioration is provoked by a number of causes; one of these is toxic oxygen. During the body’s metabolism of atmospheric oxygen, toxic oxygen is produced continuously in the body by the formation of by-products. These toxic by-products include hydrogen peroxide, superoxide, and hypochlorite.

Vitamin E deficiency may contribute to retinopathy of prematurity in premature infants and to some cases of intraventricular and subependymal hemorrhage in neonates. Affected premature neonates have muscle weakness. 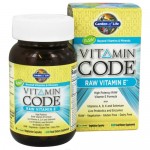 The decline in cognitive function

Another symptom of early vitamin E deficiency in children with cystic fibrosis is a decline in cognitive function, which results in difficulty with reading and falling behind in other intellectual skills during the elementary school years. Researchers have urged the introduction of neonatal screening in order to offset the potential effects of early vitamin E deficiency.

Vitamin E deficiency in humans results in ataxia (poor muscle coordination with shaky movements), decreased sensation to vibration, lack of reflexes, and paralysis of eye muscles. One particularly severe symptom of vitamin E deficiency is the inability to walk.

People should correct a suspected vitamin E deficiency after consulting their doctor. It will be best to eat a healthy diet that includes many foods rich in vitamin E and be cautious about taking vitamin E in supplement form.

In developing countries, the most common cause is inadequate intake of vitamin E. In developed countries, the most common causes are disorders that cause fat malabsorption, including cystic fibrosis, pancreatitis, and cholestasis (bile-flow obstruction). Bile salts, produced in the liver, are required for the absorption of fats. Cholestasis causes a decrease in the formation of bile salts and the consequent failure of the body to absorb dietary fats. For this reason, this disease may result in vitamin E deficiency.

Attention has been given to the theory that vitamin E serves to protect against cancer and atherosclerosis.

Vitamin E is one of the vitamin supplements for eye health and helps prevent the eye from certain age-related eye diseases, and that is not found in many common foods.

The one biggest concern that arises in men is the lack of skincare. They tend to care less about their appearance. This trend, however, is largely shifting. Men are becoming

Vitamin E is an anti-aging nutrient and fights internal aging damage, particularly in the brain. A report in the May 22, 2009 edition of “Scientific World Journal” explains that supplementing