Clinical studies have found that saw palmetto relieves some symptoms of enlarged prostate, or benign prostatic hyperplasia (BPH). Such as difficult and frequent urination.

Saw Palmetto extract comes from the berries of small palm trees. They are found in the West Indies and in coastal regions of the southeastern United States. The extracts are comprised of various fatty acids and sterols. The sterols contain beta-sitosterol and stigmasterol, both of which appear to be active components of Saw Palmetto berries.

Although it is native to the United States, saw palmetto, like other alternative medicines, first became popular in Europe, where herbal remedies are big sellers. 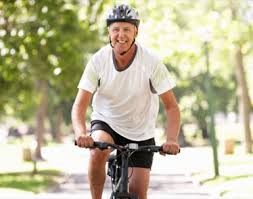 For over 200 years, saw palmetto has been used to prevent and improve the symptoms associated with benign prostatic hypertrophy in men. Recent and past research proves its efficacy in treating prostate-related health issues. There are no known side effects AND it provides the same relief as dangerous prescriptions.

BPH is an overgrowth of the cells in the prostate gland, possibly due to changes in hormone levels that occur with age. It affects many men over age 40, and more than half of men over 60.

BPH is not cancer, nor does it cause cancer. But an enlarged prostate that presses on the urethra (the tube that carries urine from the bladder) can interfere with urination, causing a frequent, urgent need to urinate (often in the middle of the night), a decreased or stop-and-start urine flow, and the feeling that you haven’t completely emptied your bladder.

If symptoms worsen, the first line of treatment is usually prescription drugs—alpha-blockers (such as tamsulosin, brand name Flomax) and finasteride (Proscar). Another option is the saw palmetto.

Recent research shows that saw palmetto extract may reduce symptoms of BPH. Extensive research supports saw palmetto’s benefits for prostate health. An analysis of 2,939 men with symptomatic BPH found that those taking saw palmetto extract reported greater improvement of urinary tract symptoms and urinary flow measures compared to control subjects. The experimental group also saw a decrease in episodes of nocturia (nighttime urination) and an improvement in peak urinary flow. The improvements were similar to those seen in men who took the prescription drug finasteride (Proscar®) for BPH.

In Belgium, researchers gave saw palmetto extract to 505 men with benign prostate disease. At the end of the trial, the researchers concluded that saw palmetto had aided urinary flow, reduced residual urinary volume and prostate size, and otherwise improved the patients’ quality of life. Saw palmetto, moreover, began to produce results within 45 days. Finasteride, on the other hand, can take six months to a year to work, if indeed it works at all.

In a two-year study conducted in Germany, 88 men with mild BPH were randomly assigned saw palmetto or placebo (a dummy pill). By the end of the study, the men taking saw palmetto were much less likely to have had their symptoms worsen compared to those men who were on the placebo

Just how saw palmetto achieves results remains unclear. Studies in mice have shown that an extract of saw palmetto berries inhibits the enzyme 5-alpha-reductase. That’s the chemical, you’ll recall, that spurs the production of DHT, which causes prostate tissue growth.

Saw palmetto extract also appears to inhibit DHT from binding to cell receptor sites. This increases the breakdown of DHT and encourages its excretion. Other studies show saw palmetto can relax the prostate tissue by blocking the same receptors as alpha-blockers like tamsulosin.

Saw palmetto reduce the effects of androgens and excess estrogen

According to the late pharmacognosist Varro E. Tyler, Ph.D., former professor emeritus at Purdue University School of Pharmacy in Indiana, an extract from saw palmetto berries appears to counteract the effects of certain male sex hormones, called androgens that may cause prostate enlargement. He said it also has anti-inflammatory activity.

Originally used by Native Americans as a remedy for urinary problems, saw palmetto (Serenoa repens) is now popular as an over-the-counter supplement for prostate health, and for good reason.

Evidence is building that this herb—extracted from the dark purple berries of the American saw palmetto plant—may help treat benign prostatic hyperplasia (BPH) and relieves some symptoms of enlarged prostate. Germany, Austria, Italy, and other European countries saw palmetto as an accepted medical treatment for BPH.

As for saw palmetto, it does not increase your risk of prostate cancer. It decreases it and also relieves some symptoms of enlarged prostate. And if your body doesn’t need it, it will do no harm.

Taking a multivitamin may help prevent cancer and lowered men’s cancer risk in healthy middle-aged men. After a series of conflicting reports about whether vitamin pills can stave off chronic

How vitamins are good for people? There are special concerns regarding proper nutrition and vitamins for the elderly. Seniors are at risk of being malnourished for many reasons including poor