Vitamin E is an anti-aging nutrient and fights internal aging damage, particularly in the brain. A report in the May 22, 2009 edition of “Scientific World Journal” explains that supplementing with vitamin E beginning in middle age, along with exercise, can help prevent the onset of cognitive decline and dementia associated with aging and help prevent Alzheimer’s disease. 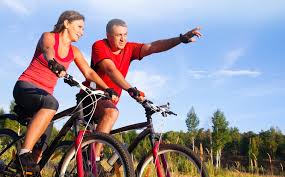 All men need to eat a nutritious diet with adequate amounts of the essential vitamins E.

Vitamin E helps with your body’s immune functions and can help prevent or slow the disease. It can also limit the effects of free radicals through its antioxidant properties and increase blood flow, helping to refresh skin cells.

Free radicals can cause genetic mutations and damaged cells. It also may play a role in the development of cancer, heart disease, and age-related diseases.

Vitamin E acts as an antioxidant, helping to fight cellular aging, and works in conjunction with vitamin C. When you use vitamin E with vitamin C, it increases the aging benefits to the skin as the two help rebuild collagen. Vitamin C also helps revive damaged vitamin E.

Exercise speeds up the metabolism which in turn beefs up the generation of free radicals. Consequently, the more one exercises, the greater the need for vitamin E. Because it’s fat-soluble, vitamin E affords longer-lasting protection for athletes as demonstrated among a group of professional basketball players. Twenty-four players were divided into two groups. One group received an antioxidant supplement containing vitamin E, and the other group received a placebo. After one month of supplementation, the supplemented athletes had a 32 percent increase in vitamin E concentration. And the placebo group had a 7.3 percent reduction in vitamin E. Even “weekend warriors” can benefit from daily supplementation of 100 to 400 IU of vitamin E.

Vitamin E, more than any other vitamin, is associated with anti-aging and age-related conditions. As one age, levels of vitamin E decline just as other antioxidant defenses break down. It comes as no surprise then, that aging conditions such as cognitive decline, insulin resistance, cardiovascular disease, cataract, and cancer may be reduced by supplementation with vitamin E.

A 7-year study of 2,889 patients at the Rush-Presbyterian-St. Luke’s Medical Center in Chicago showed that those who had high vitamin E intakes from diet and supplements had a 36 percent less decline in cognitive function than those whose vitamin E intake was low.

Treatment with vitamin E significantly delayed functional deterioration and the need for institutionalization.

In the double-blind Cambridge Heart, Antioxidant Study over 2,000 patients with coronary artery disease received a placebo pill or 400 IU or 800 IU of vitamin E daily. Truly remarkable results showed those who took either dose of the vitamin E reduced their risk of nonfatal heart attack by 77% over one year compared to the placebo group.

As an anti-aging nutrient, always take vitamin E with other antioxidants. Because antioxidants need to recharge and support each other.

Vitamin E is a fat-soluble vitamin necessary for the proper functioning of men’s body organs. Moreover, it acts as an antioxidant in your body. Vitamin E Benefits are to prevent

Vitamin E is an antioxidant vitamin that prevents the propagation of free radicals. Vitamin E and other important antioxidants can be found in a high-quality Multivitamin for Men. Prevent disease