Long-term daily use of multivitamin supplements is associated with lower cataract risk for men, according to a new study that was conducted by a research team at the Harvard Medical School.

The study was published in the journal Ophthalmology. Half of the 14,641 US male doctors participating in the study took multivitamin, vitamin C, vitamin E, and beta carotene supplements every day from 1997 to 2011. The other half of the participants took a placebo.

Over the study period, 9 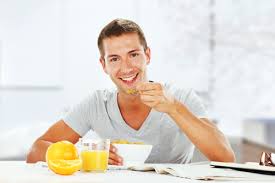 An estimated 10 million adults in the United States have impaired vision caused by cataracts. “If multivitamins really do reduce the risk of cataract, even by a modest 10 percent, this rather small reduction would nonetheless have a large public health impact,” study researcher William Christen, ScD, from Harvard Medical School, said in a statement.

The likely answer is antioxidants

While this new research doesn’t include why multivitamins appear linked to decreased cataract risk, the likely answer is antioxidants, as oxidative stress may be the reason for cataract development.

The study also showed a small increased risk for age-related macular degeneration among multivitamin users. There were 152 new cases of the condition among vitamin users, compared with 129 cases among the placebo users. But the researchers pointed out that this did not statistically significantly increase the risk.

Indeed, this particular finding linking multivitamin use with age-related macular degeneration should not change clinical recommendations; rather, it should only be as a further point of research, said Emily Y. Chew, M.D., clinical spokesperson for the American Academy of Ophthalmology.

Other recent studies on multivitamins, such as a recent Annals of Internal Medicine editorial, indicated that multivitamins have very little effect in preventing chronic disease and other health problems. However, as noted by Emily Y. Chew, M.D., “eye health is somewhat different” in regards to multivitamin benefits. 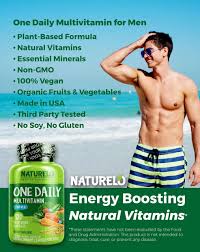 Though the new study did not examine why exactly multivitamins seem linked with a decreased cataract risk. But Chew told Huff Post that antioxidants from the vitamins are the “most likely cause. Since oxidative stress might be why cataracts occur.”

Multivitamins have been in the news recently, but not exactly in a positive light. A recent Annals of Internal Medicine editorial, for instance, said that research does not seem to show a health benefit in preventing chronic disease or death from taking multivitamins. The editorial was published in response to three studies published in the same journal. The study explores the effects of multivitamins on men’s cognitive functioning and post-heart attack heart health. As well as vitamins and mineral supplements in heart disease and cancer prevention.

However, Chew explained that when it comes to multivitamin benefits (or lack thereof), eye health is somewhat different. Indeed, some research has suggested that vitamins can slow the progression of age-related macular degeneration. (Though not prevent it altogether from people who don’t yet have the condition).

Researchers noted that the seemingly disparate findings between the new study and past research — since the new study showed a statistically insignificant increased risk of age-related macular degeneration, while the past research showed a decreased risk of the condition with taking vitamins — are likely due to the fact that the studies used different supplements with different dosing and objectives.

Additional research by the National Eye Institute has also suggested a link between supplement intake and a decreased risk of age-related eye diseases.

Chew also notes that nutrients from food are the best choice for eye health.

“But remember that diet is important,” “Health starts with dietary habits.”

High fructose corn syrup. Bleached flour. Ingredients that can’t be pronounced. Even fresh fruit…freshly picked apples lose vitamins by the hour. By the time fresh fruit gets to the store,

Fatigue refers to excessive tiredness that a person can feel. Are you a victim of fatigue? It is a common issue that most men face nowadays. We suspect that the

How does a daily Multivitamin for Men improve health? In today’s very busy world, it is getting harder to ensure that we get all the nutrients our bodies need to