Vitamin B May Help Protect Against Alzheimer’s

A new study shows that vitamin B could protect against Alzheimer’s. It could end the onset of Alzheimer’s by preventing shrinkage of the medial temporal lobe.

While people believe the cause of this condition to be a mystery, it’s becoming increasingly clear that what you eat, or don’t eat, can influence your risk. As well as the rate at which the disease progresses. Vitamins B is again making headlines for their powerful role in preventing Alzheimer’s disease. In particular, especially folic acid and vitamins B6 and B12.

B vitamins protect from the brain shrinkage

The research showed that people in the trial who got the B vitamins were almost entirely protected from the brain shrinkage suffered by those who only got a placebo pill.

A rapidly shrinking brain is one of the signs of a raised risk for Alzheimer’s. Those taking the B vitamins had 90 percent less shrinkage in their brains.

We all lose brain cells as we get older, normally about half a percent a year. If you have mild cognitive impairment that rises to 1 percent and when Alzheimer’s sets in, the atrophy speed up to 2½ percent.

The latest study shows not only that Vitamins B may slow brain shrinkage. But that it may specifically slow shrinkage by as much as seven-fold in brain regions specifically known to be most impacted by Alzheimer’s disease.

High levels of the amino acid homocysteine link to brain shrinkage and an increased risk of Alzheimer’s. We all know that Vitamins B can suppress homocysteine and protect against Alzheimer’s.

Among participants taking high doses of folic acid and vitamins B6 and B12, blood levels of homocysteine were lowered as was the associated brain shrinkage – by up to 90 percent.

Older people are particularly likely to be deficient in these nutrients. That’s because, as we age, our bodies become less good at getting it from food, and certain widely-used drugs, such as proton pump inhibitors for acid reflux, make the extraction process even more difficult.

There have been lots of studies showing that Alzheimer’s patients have unusually high levels of homocysteine in their bloodstream. They also have low levels of acetylcholine (in fact, the most common Alzheimer’s drug works by boosting acetylcholine).

So the thinking is, boost B vitamins and you boost the conversion of 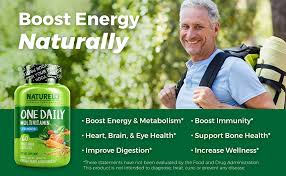 homocysteine into acetylcholine. Another theory is that high levels of homocysteine may actually trigger brain shrinkage.

And the research showed the areas of the brain that were protected from damage are almost exactly the same Alzheimer’s typically destroys. This ‘Alzheimer’s footprint’ includes areas that control how we learn, remember and organize our thoughts. Precisely those that gradually atrophy as the ghastly disease progresses.

According to a small Finnish study published in the journal Neurology, people who consume foods rich in B12 may reduce their risk of Alzheimer’s in their later years and protect against Alzheimer’s. For each unit increase in the marker of vitamin B12, the risk of developing Alzheimer’s will reduce by 2 percent.

This makes a strong case for ensuring your diet includes plenty of healthful B-vitamin sources. Such as meat, poultry, eggs, dairy products, and wild-caught fish. Leafy green vegetables, beans, and peas also provide some B vitamins. But if you eat an all-vegetarian or vegan diet, vitamin B12 is one of the nutrients your body is most likely deficient in. As it is naturally present in foods that come from animals, including meat, fish, eggs, milk, and milk products.

This is also a strong argument to use fermented foods and limit sugar intake. Consider that the entire Vitamins B series is produced continually within your gut. Assuming it is continually replenished and reseeded with healthy flora from organically grown raw foods. Particularly the flora-dense cultured traditional fermented foods.

Study shows that Vitamin B2 may increase energy levels; reduce chronic fatigue; and improve concentration and mood. Vitamin B2, also called riboflavin, is unique among water-soluble vitamins. In the human