Vitamin K deficiency could contribute towards bleeding disorder and osteoporosis

Vitamin K is an essential lipid-soluble vitamin that plays a vital role in the production of coagulation proteins. It is also synthesized by colonic bacteria. 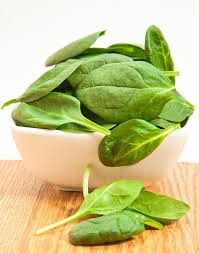 n important role in blood clotting. Without the vitamin, even a small cut would cause continuous bleeding in the body and death. Blood clotting is a process that begins automatically when any injury produces a tear in a blood vessel. The clotting factors are proteins. These proteins require vitamin K for their synthesis in the body. The blood-clotting process also requires a dozen other proteins that do not need vitamin K for their synthesis.

The deficiency of vitamin K leads to a reduction in the prothrombin content of the blood. If you are deficient in vitamin K, you will suffer from blood clotting as gum bleeding, nose bleeding, and easy bruising. Symptoms and signs of vitamin K deficiency further include bleeding within the digestive tract and blood in the urine.

People with diseases that prevent the absorption of fat may occur with Vitamin K deficiency. These diseases include cystic fibrosis, celiac disease, and cholestasis. Vitamin K deficiency can exist in adults treated with antibiotics that kill the bacteria that normally live in the digestive tract. Because the intestine-bacteria supply part of our daily requirement of vitamin K.

Vitamin K is also very important for bone health. Because vitamin K is involved in the gamma-carboxylation of osteocalcin, which is important in bone synthesis, osteoporosis is associated with Vitamin K deficiency. Its deficiency shows up as bone-related problems like loss of bone (osteopenia), decrease in bone mineral density (osteoporosis), and fractures including hip fractures. Vitamin K deficiency may cause impaired activation of the bone matrix protein osteocalcin, and reduction of osteoblast function, resulting in impaired bone formation.

Other prominent signs and symptoms of vitamin K deficiency: prolonged clotting times, hemorrhaging, and anemia. The deficiency of vitamin K can also lead to Alzheimer’s disease.

Hardening of the arteries or calcium-related problems is the other common signs of vitamin K deficiency. So are biliary obstruction, malabsorption, cystic fibrosis, and resection of the small intestine.

Vitamin K is found in green leafy vegetables and oils, such as olive, cottonseed, and soya bean. Other foods rich in vitamin K are green peas and beans, watercress, asparagus, spinach, broccoli, oats, and whole wheat.

Vitamin K is absolutely essential to facilitating blood clotting, building strong bones, preventing heart disease, and a crucial part of other bodily processes. Vitamin K is a fat-soluble vitamin. It

Bone fracture is not only for elders. Sometimes, we can experience such accidents even if we’re young. The lesser fracture rates your bones have, the stronger your bones get. Vitamin